Another question I sometimes face with regard to my passion for ruins is the question of why I respond creatively to the places I visit, and what my work is actually about. The assumption of some is that the main purpose of my art is to implore for the rescue of the ruins which inspire it. But the truth is I am really more concerned with finding some meaning in their current derelict state. I think this downfall is an important chapter in their story, one which should not be in vain and needs to be recorded whether they are eventually restored to life or not.

This issue of campaigning and what part it plays in the appreciation of our heritage was another interesting point raised in the Heritage! TV series. While it is not the main purpose of my own work, I do have the greatest respect for organizations like Save Britain’s Heritage and The Victorian Society for the valuable role they play in securing the protection of our historic places. I found one historic campaign charted in BBC 4’s programme to be particularly thought-provoking; the case of the Euston Arch. 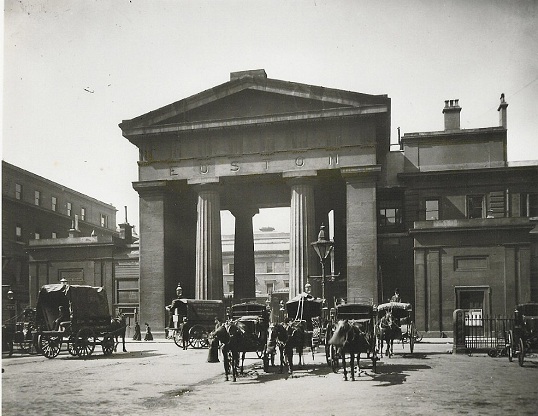 END_OF_DOCUMENT_TOKEN_TO_BE_REPLACED

One of the ideas raised in BBC Four’s Heritage! series was the idea of romanticism versus academia in the appreciation of historic buildings. Since beginning my work with ruins, I have often asked myself why I am attracted to this particular niche of built heritage, and have now been considering where my interest lies between the romantic and academic.

These diverse standpoints were embodied from the 1950s onwards by two figures I’ve certainly heard of before, but can’t claim to know a great deal about. After watching this programme I’m quite compelled to learn more. 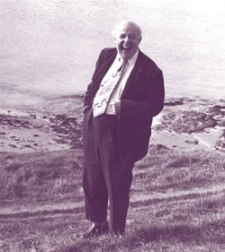 In the romantics corner was John Betjeman, a poet and writer who also used his work in broadcasting to channel his love of old buildings with considerable charisma. His approach was quite different to that of Nikolaus Pevsner, the history of art scholar responsible for the accomplished 46-volume The Buildings of England series of architectural guides. These two men were both among the founding members of The Victorian Society in 1958, but despite their shared admiration of 19th Century architecture they were, in many ways, at opposite ends of the spectrum. END_OF_DOCUMENT_TOKEN_TO_BE_REPLACED

Last week I just managed to catch up with the final episode of BBC Four’s Heritage! The Battle for Britain’s Past. It has been an excellent series, charting the rise of the British heritage movement from its origins amongst 19th Century pioneers to the pursuit of the masses it has become today.

It is quite hard for me to imagine a time when this country was not widely in love with its past. The manicured lawns of ancient sites are an enduring feature from even my earliest memories of childhood holidays, but this programme highlighted the fact that our reverence for all things historic is actually a fairly recent phenomena developed over the past century. END_OF_DOCUMENT_TOKEN_TO_BE_REPLACED

If it's secret, and in Scotland...

Derelict Mansions from the Borders to the Highlands

Derelict Mansions from the Borders to the Highlands

My search for magic

Looking for magic in the modern world