Yes, I have been broadening my horizons and while it might seem a slight digression from the geographical focus of this site, last week saw me exploring new ruin territory. 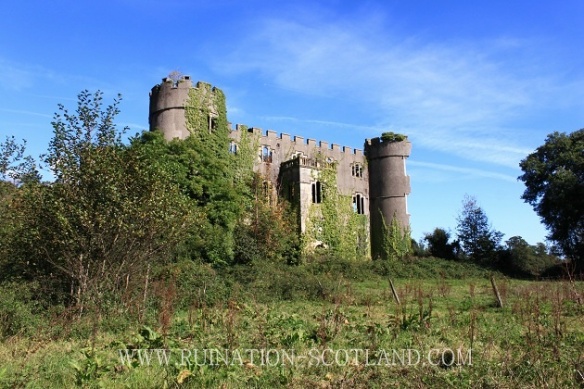 Since the beginning of my on-going artistic work with ruins, I have chosen to concentrate on those found in Scotland. I’m sometimes asked why I favour these buildings over those in other parts of Britain, the answer being that it is not really a conscious focus but simply the result of my deep love of the country. In fact my love of ruins and Scotland seem to go hand in hand. My early explorations of derelict mansions took me to the far reaches of the land I’d always called home without having experienced to any great extent. I discovered Scotland to be a truly beautiful place of diverse landscapes and captivating architecture, and this love only intensified after living in London where I often craved my homeland as the antidote to city life.

This said, I’m certainly not averse to sampling the ruined offerings of other countries and relished the opportunity to do just this during my recent visit to Wales. It was my first proper visit and I was enchanted by the wooded hillsides sporting their autumn colours; scenery which seemed to conjure more ancient times. The main purpose for my trip was to attend a course in lime plastering near Brecon, but a couple of spare days gave me the chance to scour the surrounding area for the derelict and decrepit, the highlights of which I share here.

Neuadd Fawr This Classical 18th Century mansion comprising later Victorian extensions is set in the most idyllic parkland, its tall windows still offering extensive views of the surrounding countryside. Its owners who run the adjacent farm were very welcoming, telling me a bit about the house and allowing me to photograph it in on the sunny autumn morning when I visited. While the sagging roof remains in place most of the internal floors have collapsed, leaving an interior filled with debris amongst fragments of colourful plasterwork. 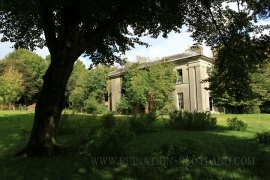 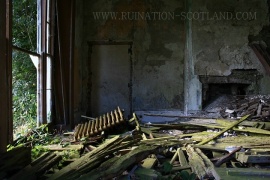 Gellideg Like something straight off a Tuscan hillside, the Italianate villa of Gellideg now nestles amongst encroaching woodland in Carmarthenshire. Largely built in 1852, it lasted around a century before being de-roofed and left to nature. The white walls of its exterior gleam ghost-like through the trees, stained and shrouded in cascading ivy. 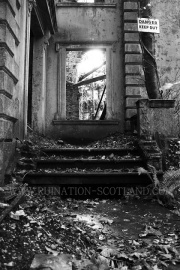 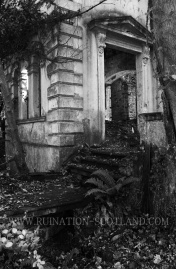 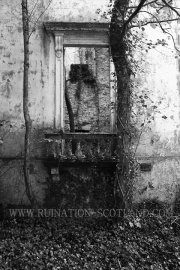 Ruperra Castle Perhaps the most 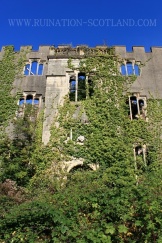 romantic vision of a ruined castle I’ve ever encountered, Ruperra is a majestic sight glimpsed from various vantage points along the public footpaths which wind through its former estate. Dating from 1626, its square plan with round corner towers is pure theatre, made even more wistful by the spread of greenery around its arched windows. Gutted by fire in 1941, recent proposals for an enabling development were deemed inappropriate, so the castle remains a picturesque shell scarred by the partial collapse of its South East tower thirty years ago 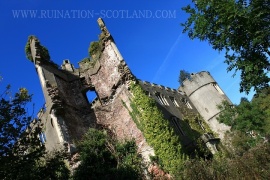 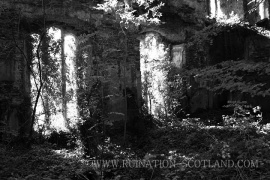